The successful week improved their overall record to 18-2, while simultaneously boosting their conference record to a perfect 10-0.

Friday night it was the Dayspring Warriors who fell victim to the Chargers methodical attack, 63-39.

A 15-5 opening quarter set the tone for the contest, and at the half, the Chargers had stretched the lead to 21, firmly maintaining control of the contest from start to finish.

The club shared the offensive load, led by 13 points from Hunter Stewart, 11 from Aidan Masters, nine from Jack Hilsher, and eight apiece from Wyatt Lamb and Brett Taylor.

Stewart had another big evening earning a double-double in Tuesday’s decisive 69-43 triumph over the West Shore Bobcats.

Stewart paired his 24 points with 16 rebounds to pace the squad, while classmate Damian Rutt also rose to the challenge, knocking down another 15 points for the Chargers.

“Hunter and Damian both stepped up for us, both scoring and rebounding,” pointed out head coach Kory Pruner. “Jack Hilsher and Harrison Crick have also been leading by setting a tone of gritty play on defense,” he added.

Though they ultimately won by 26 points, the Chargers only held a 32-23 lead at the half.

“Teams are starting to game plan well for us, and are giving us all they’ve got,” noted Pruner. “We had to adjust to what they were doing, and it was nice to see the guys push through some adversity.”

Those halftime adjustments paid off, allowing the Chargers to pull away for the significant win.

On Monday, the club conquered Lebanon Catholic by a comfortable 54-36 margin, this time with Masters leading the scoring with 15, and Hilsher netting 11.

Masters and Rutt sparked the defense with five steals apiece, and Stewart and Chip Stambaugh dominated the boards each collecting eight rebounds.

Lebanon briefly held a 10-8 lead after the first eight minutes, but once again the MC club adjusted their strategy and doubled the Beavers point contributions in the following two quarters, opening a 37-22 lead heading into the final period.

“Our team depth has started to really benefit us,” explained Pruner, noting that while injury or foul trouble can cripple a team’s productivity, the deep and talented Charger bench affords the team the luxury of strong substitutions.

“We have gone to guys off the bench for long stretches of time, and they have helped us build leads in all cases,” he credited.

Only two additional showdowns remain in the boys’ regular season, facing both Covenant Christian and New Covenant and hoping to keep their undefeated CCAC record intact before heading into the postseason.

The Lady Chargers picked up a pair of wins, taking down CCAC opponents West Shore Christian and Dayspring, to boost their conference record to 9-1.

Friday night the squad headed to Dayspring and dealt the Warriors a 54-36 loss.

Rocketing out on a 15-4 run to open the contest, the Lady Chargers won three-of-the-four quarters for a comfortable differential between them and the Warriors, spurred by a game-high 22 points from Kara Locker.

The team wide effort has propelled the team to their positive position heading towards the post-season, with each member of the squad contributing whether or not that can be seen in the stats.

“I’d like to recognize that our bench players show up every day and work really hard in practice in order to make the team better,” pointed out coach Phil Ferrari. “Without their efforts we would not be in the position we are now, so we appreciate the work they are putting in out of the spotlight.”

Baughman’s high score wasn’t her only contribution as she dished out five assists, picked up two steals, grabbed six rebounds and went seven-of-nine at the line.

Excellent free throw shooting was contagious for the Chargers, with Locker (four-of-four) and Julia Martin (two-of-two) each shooting 100 percent from the line.

“We place a lot of importance on free throws as it is one of the most efficient ways to score,” emphasized Ferrari. “We’ve done a great job all year getting to the line, especially in the fourth quarter where those shots are high pressure and often the difference between a win and a loss,” he added.

Haley Witmer picked up half a dozen rebounds at both ends of the floor to collect a total of 12, and Naomi Ewing, Brie Lehman and Locker pulled down seven apiece.

Three opponents are slated for this week, bringing the regular season to a close. Hoping to finish strong and build momentum for both CCAC and District III playoffs, the club has several goals.

“We want to work on our defense. We’ve been struggling to keep teams out of the paint on drives, and we want to get better in that area,” noted Ferrari.

Turning the corner into the final week of the regular season, Ferrari knows the team needs to strike a balance when it comes to recovery from injuries, overall team health, and additional experience for second string players in order to be at their best for the postseason.

A three-game lineup this week will test the Lady Chargers’ stamina as they seek to build momentum for playoffs. 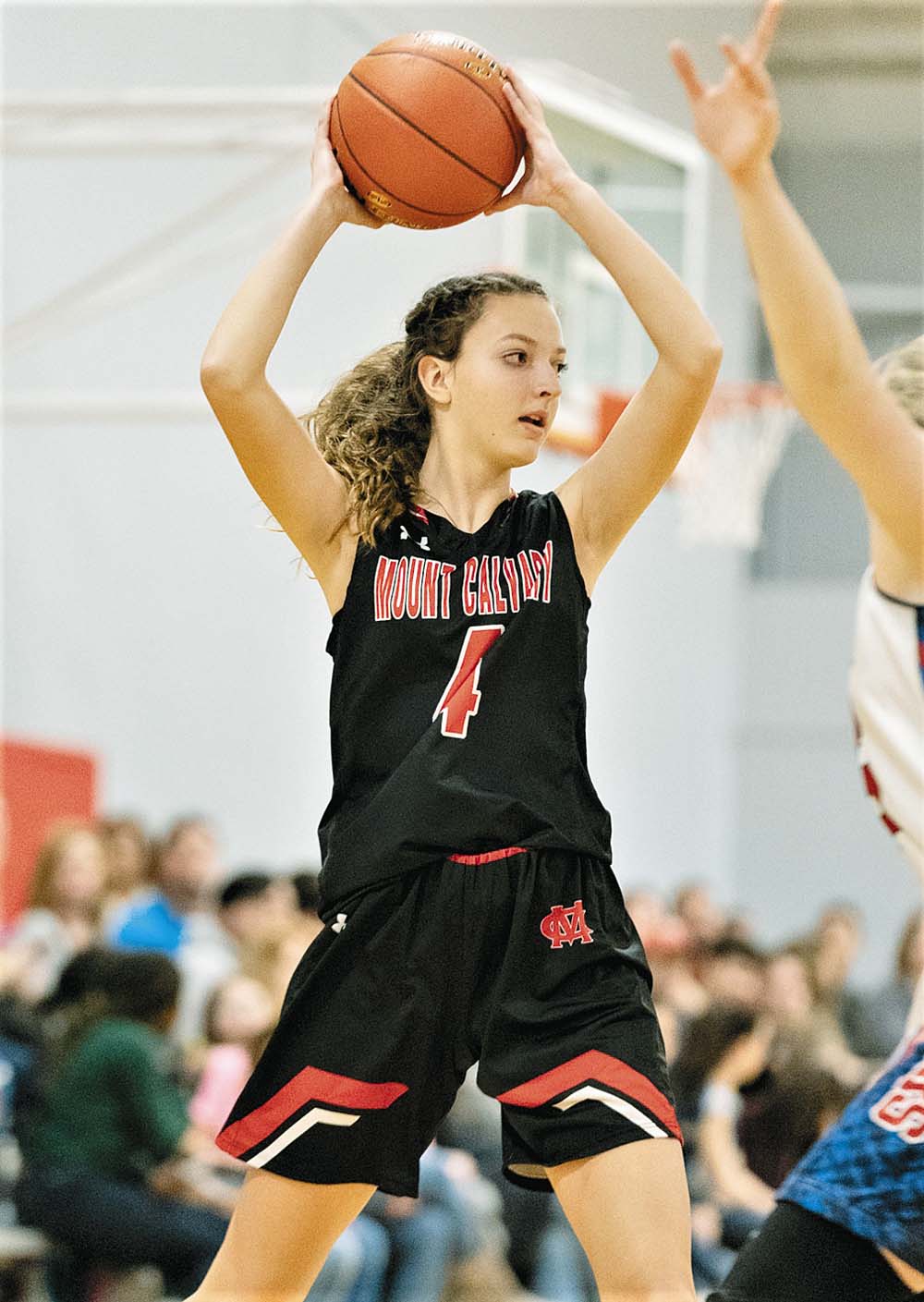 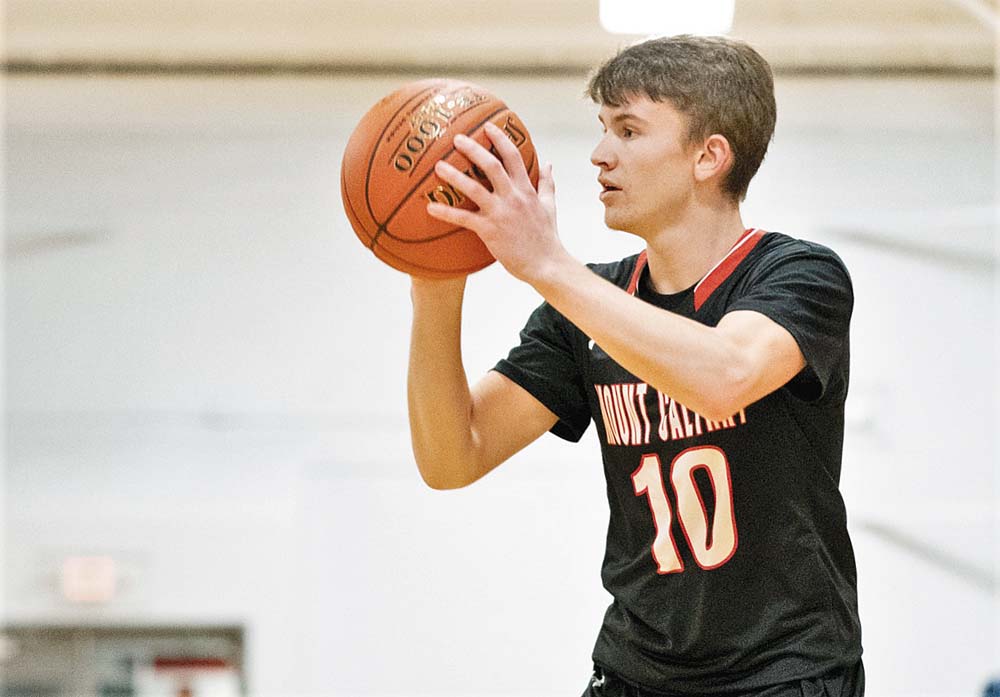